Limnopharma was created in March 2019 with the aim of developing new therapies for different retina diseases, which affect more than 200 million people worldwide and for which current treatments either do not exist or are extremely expensive and invasive. The diseases initially targeted are Age-Related Macular Degeneration (AMD) and Retinitis Pigmentosa (RP).

The origin of Limnopharma can be charted back to the scientific research carried out by doctors Juan Carlos Morales Sánchez and Francisco Díaz Corrales, at the Spanish National Research Council (“Consejo Superior de Investigaciones Científicas” – “CSIC”) and the Progreso y Salud Foundation (“Fundación Progreso y Salud” – “FPS”, Junta de Andalucía (Regional Government of Andalusia)), respectively. This research enabled the compounds LIM21 and LIM109 to be obtained and validated as an effective treatment in animal models of the diseases. These findings resulted in two patents, the worldwide rights to which are owned exclusively by Limnopharma.

Limnopharma aims to carry out the early stages of the development of potential medications, specifically completing the preclinical phase and clinical phases I and II of our compounds for the different treatments, and then obtain approval to start clinical trials with the drugs.

Elena, PhD. in Biochemistry and Molecular Biology, has a scientific career longer than 20 years, and experience both in the public and private sectors. She is an expert in Microbial Genetics, Prokaryotes Gene Regulation and Biotechnology.

Elena holds a degree in Pharmacy (1999) and PhD. in Biochemistry and Molecular Biology (2003) by the University of Granada, being visiting student at the University of Uppsala (Sweden, 2001) and the Advanced Institute of Science and Technology (AIST. Tsukuba. 2002). After completing her PhD. studies, she works as a Postdoctoral Fellow and Postdoctoral Associate at Yale University (New Haven, CT. USA) from 2004 to 2007. In 2007, she was awarded a fellowship for returning to the Spanish Science System (I3P fellowship. IBVF-CSIC 2007), working afterwards at the University of Seville (2011-2012). In 2013 she joined Abengoa Research as Senior Scientist, until 2017 when the company filed for chapter 11. In 2017 she worked in a European project from IRNAS-CSIC. Elena’s scientific career has been mostly funded through awards obtained from competitive calls, from the PhD. studies (FPU-MEC fellowship), postdoctoral studies (MEC-Fullbright) and the I3P award mentioned above.

In Academics, Elena has worked in research projects for the Spanish Council of Science (CSIC), University of Seville and Yale University. She has also teaching experience at the University of Seville, teaching classes for the Biochemistry degree and the University Master in Molecular Genetics and Biotechnology and Biomedicine Research. Before joining the Limnopharma team as CEO, she worked in a European project for the study of thermostable isomerases for Biotechnology. In the private sector, Elena worked as Senior Scientist at the Biotechnology department of Abengoa Research (AR). At AR, Elena acquired experience in project and personnel management. She led a research group for the development of microbial strains for biofuel production and participated in highly interdisciplinary research projects. Among her tasks in AR, she also raised funds for research projects through international and national calls and consulted in the Biotechnology field.

He has developed his professional career in the fields of Organic Chemistry and Biological Chemistry in both the public and private sectors. He began his professional career as Head of Chemistry at Puleva Biotech (now BiosearchLife, 2000-2006), resuming academic research at the Spanish National Research Council (CSIC). Juan Carlos is currently a scientific researcher at the López Neyra Institute of Parasitology and Biomedicine (CSIC) in Granada. He is the author of more than 70 publications and 11 patents. His research group focuses on three lines of research: a) design and synthesis of phenolic derivatives with application in inflammatory diseases; b) bioconjugates as tools to study molecular interactions; and c) G-quadruplex DNA ligands as chemotherapy drugs.

After confirming the good results obtained in animal models with the LIM21 and LIM109 molecules, developed within the framework of the scientific work carried out at his laboratory, Juan Carlos decided to launch the project today known as Limno Pharma. Juan Carlos is a founding partner and combines his professional activity with scientific guidance in the company.

Francisco graduated in Medicine (MD) from the Los Andes University in Venezuela in 1996 and began his research career studying a new animal model of Parkinson’s disease. He later graduated as a Specialist in Neurology (1998-2002) at the Los Andes University Hospital and worked on the epidemiology of this condition. He then completed a PhD in Medical Sciences (2006) at Okayama University, Japan, which focused on molecular mechanisms and new treatments for Parkinson’s disease.

Francisco moved to Spain after obtaining a grant from the BBVA/ Carolina Foundation, initially to work in clinical and basic research at the Virgen del Rocío Hospital in Seville. Since 2008 he has developed his research at the Andalusian Center for Molecular Biology and Regenerative Medicine (CABIMER) in Seville, where he is a senior scientist and principal researcher on the project.

His current line of research focuses on the neuroprotective effect of different drugs and advanced therapies (cellular and gene therapies) in the treatment of Retinitis Pigmentosa (RP) and Age-Related Macular Degeneration (AMD). He is the author of almost 40 scientific publications, as well as co-inventor of 2 patents. He has extensive experience in clinical research, essential for creating bridges between basic and clinical researchers, and is the scientist responsible for the in vivo experiments in animal models that have driven this initiative.

David is currently the Executive Director of the Society for the Improvement of Science (“Sociedad para el Avance Científico” – “SACSIS”), which he founded in 2010. SACSIS is an organization created with the aim of promoting scientific research and technological innovation at the highest level. David is also the founder and editor of the family of scientific publications called “The All Results Journals” (ARJ), the first journals on the market dedicated to publishing negative results.

David completed his PhD in Chemistry at the Institute of Chemical Research (Spanish National Research Council (CSIC) – University of Seville), focusing on the synthesis of magnetic nanoparticles with medical applications. He continued his post-doctoral research in Bordeaux and at the Harvard Medical School after obtaining Fulbright and Marie Curie Fellowships scholarships, and pursued his professional career at the Andalusian Nanomedicine and Biotechnology Centre (BIONAND). He has published more than 30 scientific articles and is co-author of 3 patents.

David has an MBA from the EOI Business School (Seville) and a Master in Quality Management (ISO 9001) from UNED (Spanish Open University). He has received several awards for his initiative as an entrepreneur, including the following: Pablo de Olavide University, Best Entrepreneurship Project, 2015; Félix Delgado Bocos Foundation, Best Innovative Approach in Biomedical Science, 2012; Junta de Andalucía (Regional Government of Andalusia), Best Entrepreneurial Initiative for The All Results Journals in 2009; and Bancaja, Best Young Entrepreneur for The All Results Journals, 2008.

Natalia has a PhD in Organic Chemistry and has a solid background and experience in scientific research. She has developed her career in both academia (Spanish National Research Council (CSIC) and Free University of Berlin, Germany) and the private sector (Abengoa Research).

Natalia’s research over the last 15 years has been highly interdisciplinary, covering areas of Organic and Physical Chemistry, Pharmacology, Microbiology and Biotechnology, focusing in particular on the application of bio-organic chemistry as a tool for understanding biological processes. Her scientific output includes around twenty publications, the co-direction of one doctoral thesis, and as co-author in two patents and different communications at national and international conferences. She has experience in project development, team management and scientific communication.

Natalia has a degree in Chemical Sciences from La Laguna University (2000) and a PhD from the University of Seville (2005). After completing her PhD, she moved to the Free University of Berlin, where she carried out more in-depth research into Nuclear Magnetic Resonance techniques. In 2008 she rejoined the Chemical Research Institute of Seville, where she worked from 2008 until 2014, when she joined the Biotechnology Department of the company Abengoa Research, where she remained until 2017. Since then she has held different R&D consulting posts and has taught as a professor at the University of Seville in the Departments of Physical Chemistry and Analytical Chemistry, at the same time as joining the Limno Pharma team. 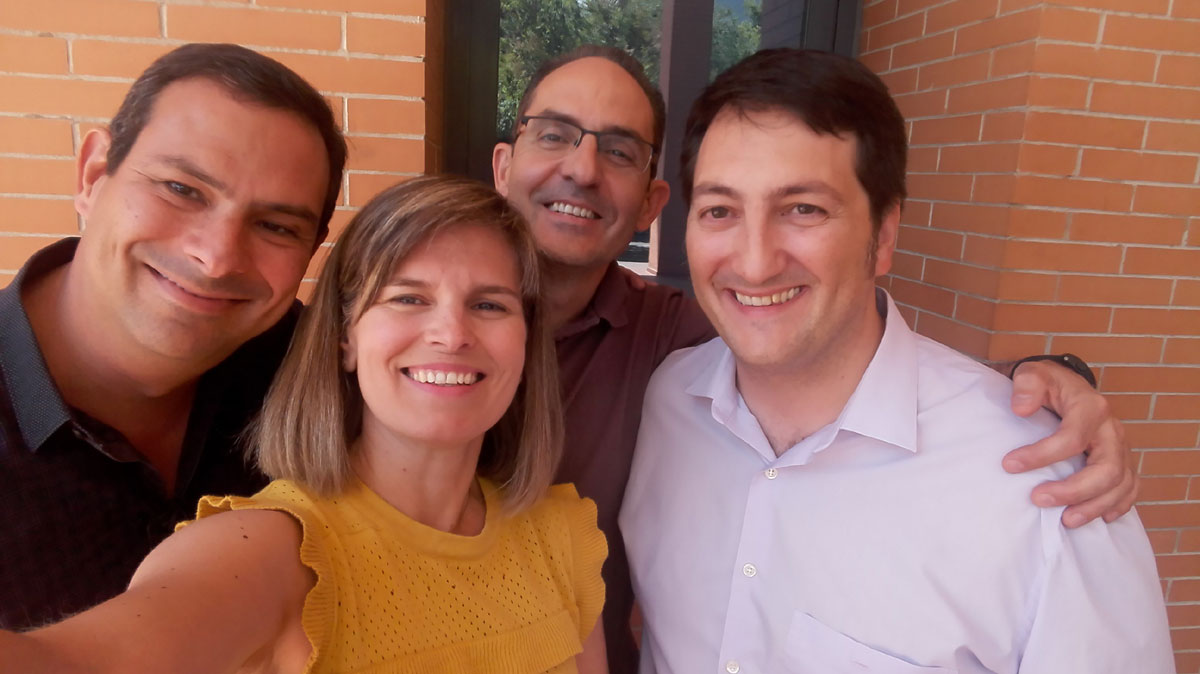 20 years at Alcon as Director of the Pharmaceutical Development Group in Barcelona.

Expert in specialized technologies for the administration of ophthalmic medications.

Founder and Medical Director of the Gómez-Ulla Ophthalmological Institute.

More than 40 years of experience in the treatment of retinal detachment, AMD and diabetic retinopathy, among other diseases.

Limnopharma is currently focusing on the development and validation of therapies for ophthalmic diseases. This has been possible thanks to the potential demonstrated by the LIM21 and LIM109 molecules, as well as other specific structurally-related compounds, in animal models of Age-Related Macular Degeneration and Retinitis Pigmentosa.

It is hoped that the necessary studies can progressively be conducted to validate therapies for related diseases, such as Diabetic Retinopathy or Stargardt’s disease. The LIM21 and LIM109 molecules belong to a family of compounds designed in the laboratory of Dr. Juan Carlos Morales due to their neuroprotective and anti-inflammatory properties.

For this reason, the Limnopharma team plans to study the viability of some of these molecules for the treatment of pathologies in which these processes play an important role. These medium- to long-term projects are based on preliminary experiments in Huntington’s disease and Multiple Sclerosis models.

With the collaboration and support of: 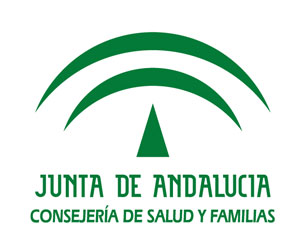 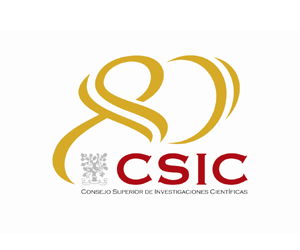 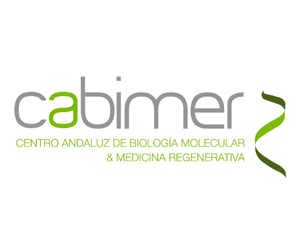 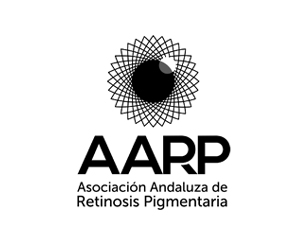 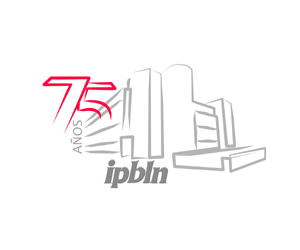 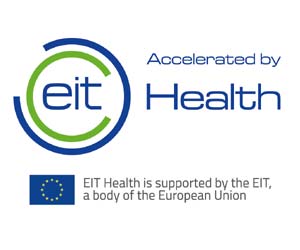 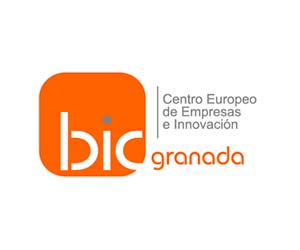 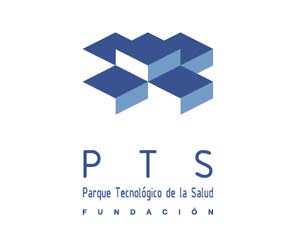